Sorry there was an error sending your form.

About the Founder
CAMBRIDGE INSTITUTE OF TECHNOLOGY

Dr. BAHADUR SINGH, A name that spells heroism strength, courage, determination and foresight. These were the qualities that made him pioneer ahead of time. With his extraordinary vision, he created institutional village called Cambridge village which proudly represents the numerous institution under the banner of Cambridge Trust of India and Kamla Nehru Vidya Mandir. He had been nick-named ‘ONE MAN ARMY’ for the sole reason that governing all the institution flawlessly was one of his remarkable capacities which one cannot deny.

The qualities that he possessed are beyond imagination. Born and brought up in a very simple family, the little boy, seeing the airplanes fly, once asked his mother wondering-‘how do these planes fly maa?’ The innocent answer to this was ‘One day you will also fly high in the sky ’. He was really blessed with the mother’s thought. This little boy struggled very hard to really touch the sky in the sense that he became a conqueror in the field of education.

With passage of time he had earned a lot of name staying in the education line. His fame worked wonders and the school started to be known as one of the best school of Jharkhand. He served as a Principal of several colleges like Ram Lakhan Singh Yadav College, Marwari College, Ranchi, Ghatsila college, Ghatsila, B.S. College Lohardaga, G.L.A College Daltonganj, R.S.P College Jharia, etc.

Dr. Singh was strong but not rude, he was kind but not weak, he was humble but not timid, he was proud but never arrogant. He believed that one must be willing to risk the unusual otherwise one has to settle for the ordinary.

‘Sky is the Limit’ keeps echoing everywhere because this proverb had great impact in the life of this great man and till he lived he inspired the people around him with this proverb. He always wished that one should be highly ambitious and hard working so that he can struggle and achieve the desired goal. His deeds show that he did touch the sky with his hard work, patience, perseverance and dedication. The area of Jharkhand got its recognition with the flourishing of various Institutions like: Cambridge School, Gautam Buddha International School, Cambridge Institute of Teacher’s Education,Kamla Nehru Inter College & Cambridge Institute of Polytechnic

Time has been witness to what our Honourable Chairman late Dr. Bahadur Singh has done for bringing up these institutions. A great lover of nature, Dr. Singh’s admiration can be perceived in the eyes of every creature dwelling around. If we look closely we can get the appreciation among the trees and plants as well. The great man’s sad demise has proved to be a fatal blow for all of us but his ambitious dream needs to be fulfilled and hence we have to walk on and on till we achieve what he sought. His whole life was spent thinking for the institutions that he created and was in great pain in his death bed just thinking and wondering whether we will be able to maintain its prestige the same way as he did. And we believe that we can’t let him down. His blessings are with us and we have miles to travel before we reach the goal. Nothing endures but the personal qualities. SOULS ARE IMMORTAL. HE WILL ALWAYS REMAIN WITH US.

“We all love and feel your presence every moment. We will never let you down” 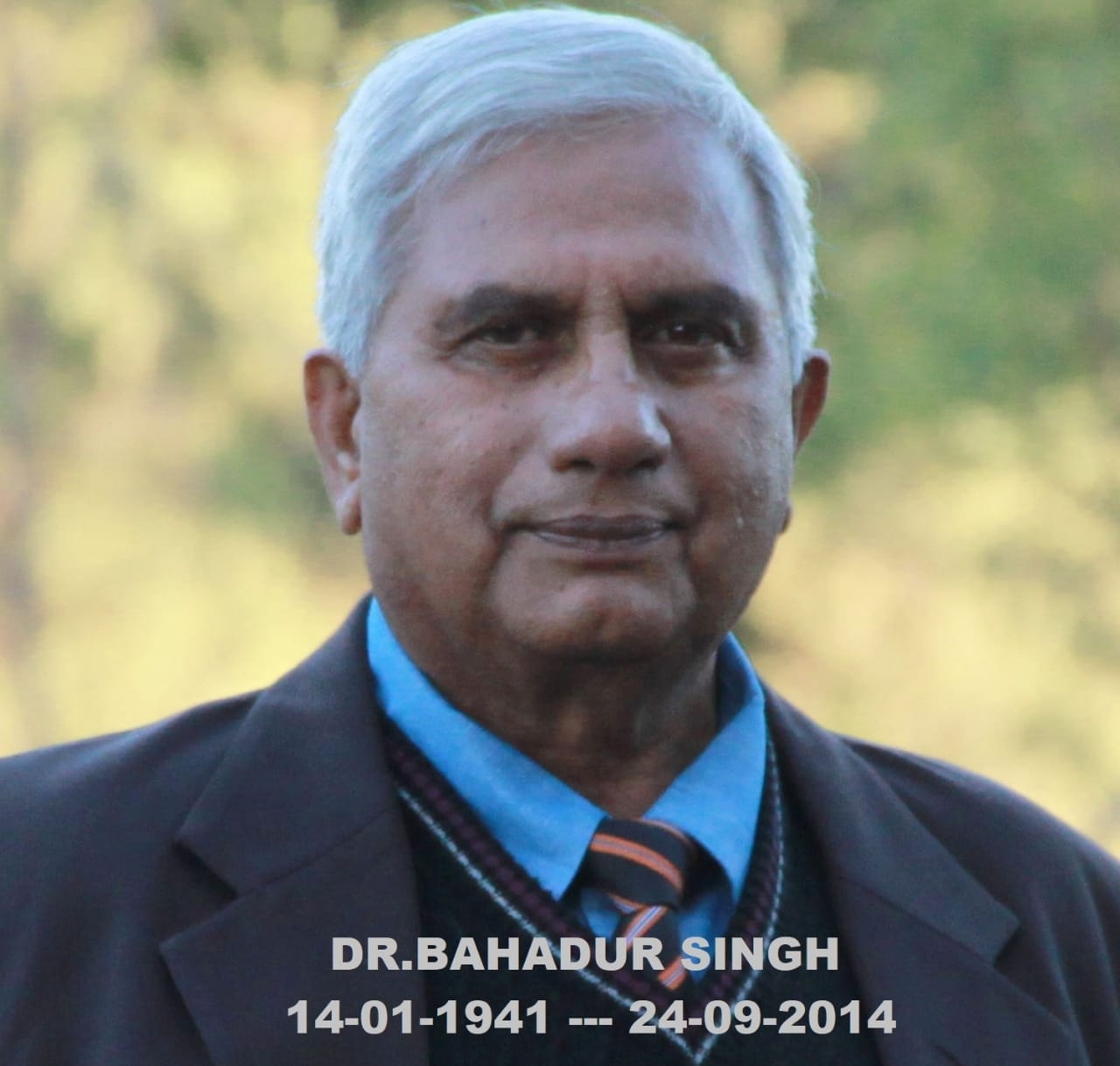